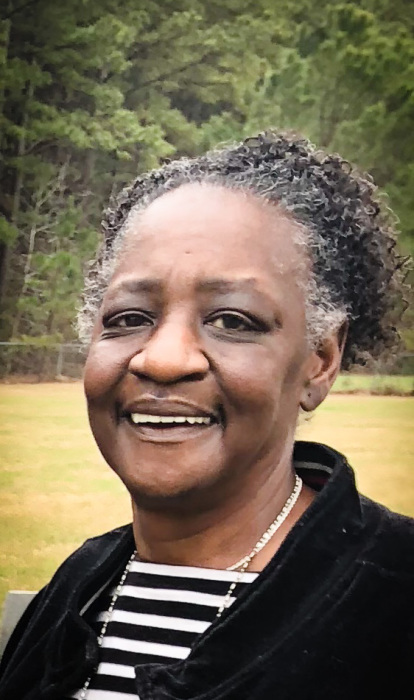 Bernadette Doctor departed this earth and transitioned on to glory on March 28, 2018.

She was one of four children born to the late Peter and Dorothy Frances Doctor at Kings County Hospital in Brooklyn, New York on May 26, 1955.

Her education began in the public school systems of Brooklyn and Queens, New York.  She attended Junior High School 67 and graduated from Martin Van Buren High School in 1973.  Bernadette later went on to pursue a nursing career through the Manpower Program and became an LPN in 1975.  She worked at various nursing homes and healthcare facilities in New York and the state of Georgia.

Bernadette entered the Army Reserves in 1981 where she successfully applied her nursing skills.

Bernadette’s Christian walk began at an early age.  Her foundation was firmly laid at Morning Star Missionary Baptist Church in Jamaica, N.Y.  She had a gift for playing the piano.  At the age of 13, she performed a piano recital at Carnegie Hall and later at the Brooklyn Academy of Music.

Bernadette developed a love for singing and her worship was through song.  She sang on the Junior Choir, the Young  Adult Choir of Morning Star along with several other groups such as The Gospel Starletts of Jamaica, N.Y., The Michael Powell Ensemble of N.Y.C., and The Jubilations of Jamaica, N.Y.  Those experiences led her to sing background with notable artists like the late Josephine Baker, Elton John, and the late Vikki Sue Robinson.

Approximately five years ago Bernadette found a new church home at Shiloh Baptist Church under the leadership of Rev. Julius Collins where she continued her Christian walk. She sang on the choir and was well known for her rendition of “I Have A Testimony.”

She touched many lives with her soulful singing. She had a selfless spirit, was always willing to help her neighbors in the community and assist in any way she could. She had an infectious laugh, a bright smile and a kind hearted nature. Even though her hardships, Bernadette always kept her faith in God and always found a church home.

She enjoyed spending time with her family, watching basketball, National Geographic and the Discovery Channel.  She was loved by many and will be greatly missed.

She was preceded in death by her oldest sister, Peterine Lois Doctor.

To order memorial trees or send flowers to the family in memory of Bernadette Doctor, please visit our flower store.