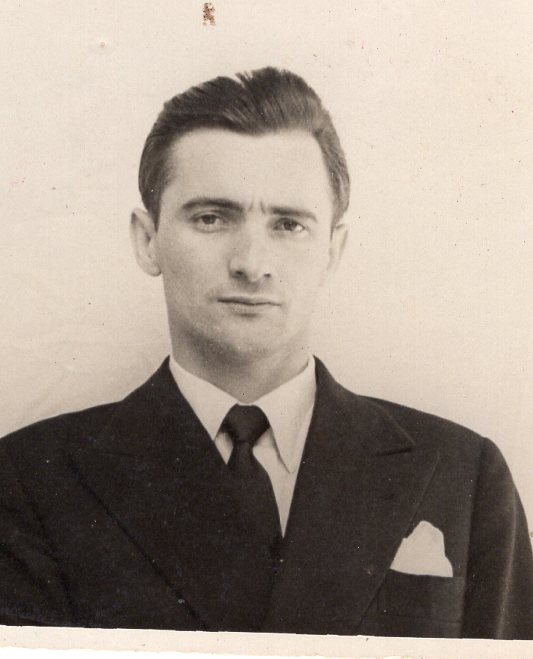 Bohdan Kaczor of Kerhonkson, NY, passed away peacefully at his home on Monday, February 22, 2021. He was 96 years old. Bohdan was born on November 14, 1924 in Leshniw, Brody Raion, Ukraine; he was the son of Stefan Kaczor and Paulina Kleparchuk Kaczor.

Bohdan Kaczor finished high school in the city of Brody. From the first Bolshevik invasion of Ukraine, he belonged to the youth branch of OUN and fulfilled the function of “sviaskovoho” or communication. In the summer of 1943, he was arrested by the Gestapo for his nationalistic activities. He was taken to a prison in Brody and then transferred to Zolochiv and Lviv (Prison on Lontskoho Street). He was a prisoner in the following concentration camps: Auschwitz, Mauthausen, Melk and Ebensee (October 1943 – May 1945). At the time of his release from Ebensee camp by the American Army, he weighed only 39 kilograms. Once freed, he lived in Western Germany (1945–1948), Argentina (1948–1975), and United States (1975–present). In Munich, Germany he received an advanced degree from the Ukrainian Free University, and in Argentina he continued his studies at the Universidad de Buenos Aires where he received the degree of Master in Economics.

Separated by unforeseen circumstances resulting from WWII, Bohdan was reunited in Argentina with his father and siblings in 1948. In Buenos Aires, he met his beloved wife Iwanna Kaczor and they married in January 1958. Bohdan and Iwanna had two children, Sofia and Ivan, born and raised in Buenos Aires, Argentina. The whole family emigrated to the United States in September 1975 to be reunited with Iwanna’s parents in New York State.

Bohdan Kaczor was very active in the Ukrainian public and political life of the Ukrainian diaspora. He was co-founder and president of many Ukrainian organizations in Argentina and the United States. In his last position, he was the President of the World League of Ukrainian Political Prisoners (WLUPP). Bohdan Kaczor is also well known for his charitable activities and patronage. He took an active fundraising role and participated in the installation of many commemorative monuments including, that of Taras Shevchenko in Argentina and Paraguay, of the fighters of OUN-UPA in the United States and B. Kuk in Krasnomu among others. He was also involved in the publication of many books and other projects.

Bohdan is survived by his loving wife of 63 years, Iwanna Kaczor; their children, Sofia Kaczor and Ivan Kaczor and granddaughter, Camille Bobiak and fiancé Matthew Serio.

Visiting hours will be held on Friday, February 26th from 4:00 – 7:00 pm at Humiston Funeral Home, Kerhonkson. The Panakhyda will begin at 6:00 pm that evening. The Divine Liturgy will be celebrated on Saturday, February 27th at 10am at Holy Trinity Ukrainian Catholic Church, Kerhonkson. Burial will follow at Pine Bush Cemetery, Kerhonkson.

The family gratefully acknowledges the extraordinary care that Bohdan Kaczor received from the compassionate staff at Hudson Valley Hospice in the last months of his life.

To order memorial trees or send flowers to the family in memory of Bohdan Kaczor, please visit our flower store.