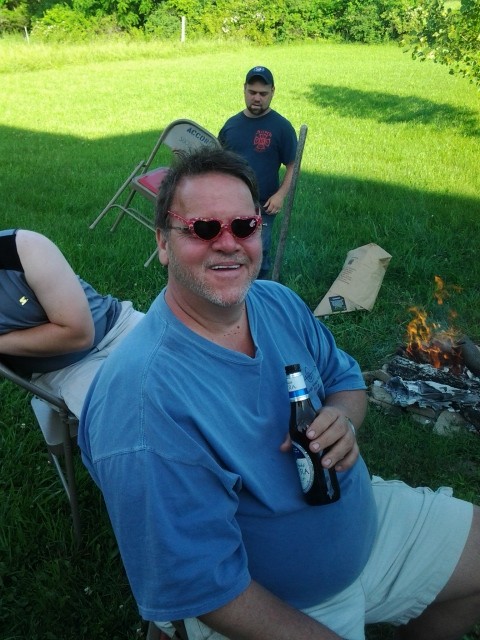 It is with deep regret that we say “goodbye” to Bruce Kelder of Olivebridge. As number 11 of 12 children, Bruce tried to blend into the crowd… not wanting to be identified as “just one of those Kelders”… Bruce had to make his exit from this earth on Thursday evening, as Friday was set to be the Annual Kelder Classic Golf Tournament. Being a considerate man, he didn’t want to embarrass his brothers out on the field.

Bruce leaves behind an enormous family, including two daughters, Dianna and Shelby, and a granddaughter, Tavyn, who he will miss spoiling rotten. Son of the late Bradford and Leora Kelder, Bruce joins his siblings Nancy and Brad. He says farewell to his beautiful sisters Sue, Patricia, Dawn,  Cindy… and Art. For Art, Bruce asks that we all say a prayer, as he has been afflicted with a chronic hangnail. To his brothers John, David, Jamie, and Scott… he says he was “obviously the favorite son”. Thank you all for the love and support you’ve always given.

His family, friends, and surrounding community brought him the upmost joy. The friends he made over the years at Schrade Cutlery and Hunter Panels will be sorely missed. Bruce would ask that in lieu of flowers, donations be made to either the Olive Fire Department or the Olive First Aid Squad. His final regret is that he will be unable to escort his youngest daughter down the aisle in October. He promises to be there in spirit, hoping that she has the most amazing and memorable day she most certainly deserves.

Visiting will be held on Monday, September 9th  from 4-7 pm at Humiston Funeral Home, 30 42nd St., Kerhonkson. A celebration of his life is scheduled for 6:30 pm that evening at the funeral home.

To order memorial trees or send flowers to the family in memory of Bruce Kelder, please visit our flower store.