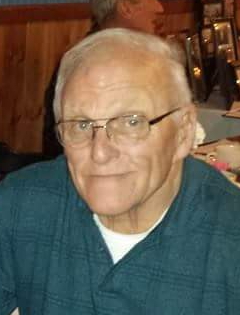 Dick had married Ellen Booth and together lived in Kerhonkson. Ellen died previously in 1998. Dick was an athlete in his younger years and was a four sport letterman in high school. He had worked for Heritage Energy retiring in 2003. He was member of the Ellenville Elks Lodge 1971 in Napanoch, proudly holding positions of Exalted Ruler, Past DDGER and Past State Vice President. He was an avid golfer. Nothing was dearer to him than his family and friends. He will be deeply missed by all who knew him.

Visiting hours will be held on Thursday, January 19, 2017 from 2-4 & 7-9pm at Humiston Funeral Home, 30 42nd Street, Kerhonkson. Funeral services begin Friday the 20th 10am at the funeral home. Burial will follow at Pine Bush Cemetery, Kerhonkson.

In lieu of flowers contributions may be made in Dick’s name to the Ellenville Elks Lodge 1971 Scholarship Fund, PO Box 62, Napanoch, NY 12458.

To order memorial trees or send flowers to the family in memory of D. Richard Steers, please visit our flower store.