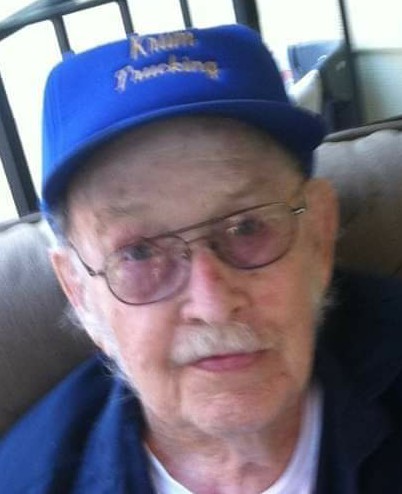 George S. Krum of Kerhonkson, NY passed away in the comfort of his home on Thursday, January 30, 2020. He was 92 years old. George was born on September 23, 1927 in Maybrook, NY; he was the son of the late Stanley and Mae (Barringer) Krum.

George served his country in the US Marine Corps during World War II and was honorably discharged with the rank of Staff Sergeant. After also being in the Coast Guard and finishing in the reserves, George then became a police officer in Walden. Then he worked at Eastern Correctional Facility as the Food Service Manager for 20 years while driving for Binders Oil Company. After his retirement from the prison he continued to drive for Binders until he was 70 years old. George was also a proud member of the Freemasons for 60 years.

Family and friends will honor and celebrate George’s life at Humiston Funeral Home, Kerhonkson on Saturday, February 8th from 2:00-5:00 PM.

In lieu of flowers memorial contributions may be made in George’s memory to the Kerhonkson-Accord First Aid Squad, PO Box 67, Kerhonkson, NY 12446.

To order memorial trees or send flowers to the family in memory of George Stanley Krum, please visit our flower store.