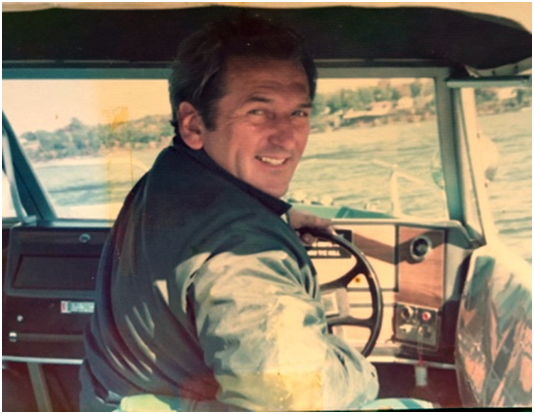 “And so I face the final curtain,
My friend, I'll say it clear..
I'll state my case, of which I'm certain.
I’ve lived life that’s full,
I traveled each and every highway,
And more, much more than this,
I did it my way.”

Harold “Hap” Lipton, a resident of Kerhonkson for 66 years, took his final bow on March 6th at age 93. “Hap” began his life-long service to his country, when at age 16, he signed up at the local Navy recruiting office (he listed his age as 18) and joined the United States Navy to join the fight in World War II. He settled in Kerhonkson in 1954 and dedicated his life to his beloved community. His long, distinguished career in local public service included more than a decade as Town Judge. He also served on the Town Council, as Highway Superintendent, and as the Town Supervisor for the Town of Rochester.

Harold’s local businesses were gathering places for generations of residents. He opened his first supermarket in Kerhonkson in 1954 with his wife Evelyn. They lived above the store with their daughters, Sheila and Terry. They soon outgrew their space and purchased the Victory supermarket in town. Years later, they opened a new supermarket on Route 209 in Kerhonkson, which they ran together for many years. Together they became a fixture in the Kerhonkson community. Through the decades, Harold could be found either behind the bar or hard at work in the kitchen of many local restaurants he owned. Always Sinatra playing in the backround.

Harold supported numerous local charities. He was always cooking at pancake breakfasts, shucking at clambakes and carving turkeys during Thanksgiving for the Town of Rochester Youth Commission. The Harold Lipton Community Center carries on his focus of enhancing the lives of Town of Rochester residents.

His love of the outdoors, especially boating, always included gathering with his buddies on the golf course, flying his planes (he was an accomplished pilot) or for decades, spending time with friends at Roberti’s Marina. He was always surrounding himself with friends, old and new.

Harold is survived by his daughter Sheila, his wife Sharon and her family, his five grand children, five great grandchildren, eight nieces and nephews, his beloved cousins, and all his friends whom he truly considered family.

Hap’s last days were spent among friends and family at his home in Kerhonkson, an American flag gently waiving in the breeze on his front porch, just the way he wanted it. He did it his way.

In lieu of flowers contributions may be made in Harold's name to the Harold Lipton Community Center.

To order memorial trees or send flowers to the family in memory of Harold Lipton, please visit our flower store.