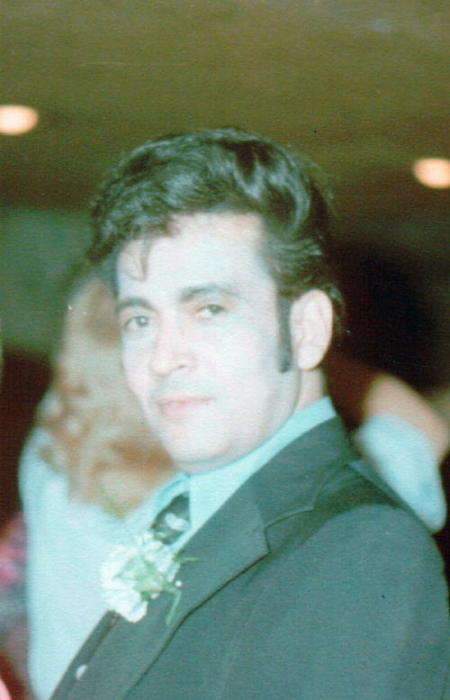 Hector Antonio deJesus, a noted Flamenco performer in NYC, passed away peacefully in Kingston on Saturday, December 29, 2018, at the age of 89 after complications from surgery. He was born on March 30, 1929, to Euclides and Leonidas (Romero) deJesus in New York City.

Hector Antonio was proud of his Spanish culture and brought it to anyone he met. He exuded charisma, charm and an incredible natural talent with all that was Flamenco. He performed for world leaders, the general public in NYC at places like The Tavern on the Green and throughout the Catskill region hotels back in its heyday as well as on the Jack Parr Show. He even had a long-running TV commercial. His maestros were Don Juan Martinez and Mariquita Flores. He was a striking performer and the women dancers stood in line for an opportunity to dance with him; many had crushes on him but he remained a bachelor throughout his life.

He will be remembered as one of those rare dancers who can stand still and make you hold your breath in anticipation of what might happen next. He was kind and never had a bad thing to say about anyone. When visiting his sister and brother-in-law in "the country", the parties and gatherings lasted for days with music, spontaneous performances, food and laughter. In his early years, he was described as incredibly handsome with his Elvis-like sideburns and truly gifted. Later in life, Hector made an impact on many as a teacher, introducing students to Flamenco dance, as well as Spanish guitar, voice and culture. He taught with patience, passion, generosity and from his heart.

Hector spent his final two years with his only surviving sister, Lucy Padilla of Accord, who cared for him in amazing ways. They were always together at family gatherings, various outings, local Flamenco performances and of course, doctor appointments. They only had each other as children growing up with a young, widowed mom during The Depression and spent the past two years living peacefully together reminiscing, playing Spanish music, talking about trips to Tenerife Spain, their incredible family, and sharing all they could.

He is survived by four loving and dedicated nieces, Linda Hostelley-Conti of Millsboro, DE; Lillian (Russ) Constant of Roscoe, NY, Lisa (Bruce) Hansen of Accord, NY, and Laura (Frank) Battaglino of Owings, MD. In addition, he is survived by six grand-nephews, 2 grand-nieces, 10 great-grand-nephews/nieces with two more coming in the Spring of 2019. His family would like to give a special thank you to his caregiver and family friend, Peggy (Paterno) Dennin, who helped to keep him with us for these past two years. He is predeceased by his father, mother, infant sister Lillian deJesus, brother-in-law Louis Padilla, Sr. and nephew Louis Padilla, Jr.

In lieu of flowers, we ask that you make a donation to the Hudson Valley Flamenco Festival in his name. Visiting will be held on Sunday, January 6th from 1-3 PM at the H. B. Humiston Funeral Home, 30 42nd Street, Kerhonkson.  A service will begin that afternoon at 3 PM at the funeral home. Burial will follow at Pine Bush Cemetery, Kerhonkson.

To order memorial trees or send flowers to the family in memory of Hector Antonio de Jesus, please visit our flower store.