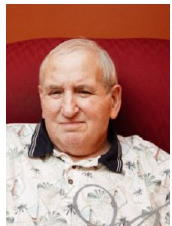 Howard A. Pomerantz, fondly known to many as “Howie”, passed away on Thursday, April 12, 2018 at Vassar Brothers Hospital. He was 79 years old. Howard was born on March 22, 1939 in Jersey City, NJ; he was the son of the late David and Ethel (Spellman) Pomerantz.

Howard was a retired member of the 156th Field Artillery Division of the United States Army National Guard where he served for over 32 years. He owned and operated Pomerantz Hardwood Flooring, installing wood flooring for families throughout the Hudson Valley. Howard was very community oriented and had belonged to the Kerhonkson Lions Club for 30 years. He will be deeply missed by all who knew and loved him.

Howard was predeceased by a brother Martin Pomerantz.

The family will be receiving friends on Sunday, April 15th from 11 am to 12pm. A funeral service will immediately follow at Humiston Funeral Home, Kerhonkson. Burial will be in the Kerhonkson Synagogue Cemetery.

In lieu of flowers contributions may be made in Howard’s name to Kerhonkson-Accord First Aid Squad, P.O. Box 67, Kerhonkson, NY 12446

To order memorial trees or send flowers to the family in memory of Howard Pomerantz, please visit our flower store.