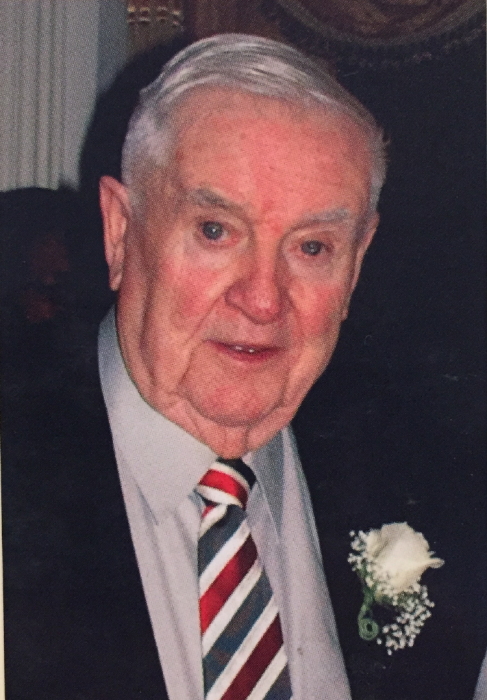 James S. Cusack of Kerhonkson, NY, passed away peacefully at home surrounded by his loving family on June 5, 2016. Jim was born on April 26, 1929 in Harlem, NY; he was the son of James S. and Delia (Smith) Cusack.

Jim was a veteran of the United States Air Force having earned the rank of Sergeant. Following his honorable discharge in 1952 he started on the road to recovery. Jim began his career in 1965 when he founded Glenacre Lodge. It became one of the first rehab centers of its kind. Over many years, he was fortunate to be involved in establishing treatment as we know it today, including the founding of counseling credentials and helping to develop treatment standards both nationally and internationally. Within these credentials Jim received one of the first credentials and holds #15. He married Suzanne Boylston Cusack on August 7, 1972. In 1973, Jim was given an opportunity to develop the program now known as Villa Veritas, Inc in St. Josephs, NY. Veritas Villa was the first freestanding facility in New York State to treat alcoholics and addicts together. In 1981 Jim and his wife Sue relocated the present Villa to Kerhonkson, where they were received by the community with open arms. Jim was the recipient of the Counselor of the Year Award for 1991 presented by the New York State Division of Alcoholism and Alcohol Abuse also later received the Governors Award.

Jim’s mission was to help those in need to recover, find hope and reconnect with their families. He celebrated 63 years of sobriety and was a friend of Bill W. Jim has published 3 books “Back to Basics”, “Always Aware” and “Trouble is a Gift”. Jim was a pillar in the community where he remained active up until his last days. He will be deeply missed by all who knew and loved him. Jim was devoted to his family and friends and enjoyed traveling with them and seeing them often.

In addition to his wife Suzanne, Jim is survived by his nieces and nephews, Patti and Justin Bobko, Steven Lewis and Harri Young, Kevin and Donna Cusack, Ken Lavery, Joan and John Cusack McGuirk and Cindy Cusack; great nieces and great nephews, Allen and Amanda Lewis, Matthew and Justin Bobko, Danielle and Charlie Henning and their children Liz and Charlie, Meg and Will Sakellaris, Joan and Brian Ross, Casey Cusack, Gerard and Michelle Sawicki and their children Brooke and Abbey, Kate and Burke Hartfelder and their son Will; sister-in-law and brother-in-law, Maureen and Dick Blair; dear friend and “brother”, Les McCandless; step children, Pat and Wally Smith, Elaine and Rich Held, Marge and Bruce Gerlach, Bob and Barb VanderPlate as well as his extended Villa family and friends.

Jim was predeceased by his brother Jack Cusack and his nephew Jerry Cusack. Jim was also predeceased by a very special group of family members who he and Sue vacationed with, sisters-in-law and brothers-in-law Elaine Cusack, Tom and Ann Lavery, Joan and Steve Lewis.

Visiting will be held on Wednesday, June 8th from 4-9pm at the H.B. Humiston Funeral Home at 30 42nd St., Kerhonkson, NY 12446. Mass of Christian Burial will be celebrated on Thursday, June 9th at 11:00 a.m. at Our Lady of Lourdes Church on Route 209 in Kerhonkson. Cremation will be private

In lieu of flowers contributions may be made in Jim’s name to the Villa Veritas Foundation, P.O. Box 610, Kerhonkson, NY 12446

To order memorial trees or send flowers to the family in memory of James S. Cusack, please visit our flower store.

Our Lady of Lourdes