James Mesceda of Harrisburg, PA, formerly of Kerhonkson, passed away at his home on March 1, 2013 with his wife by his side. He was 77 years old. James was born on October 21, 1935 in Peekskill, NY; he was the son of Josephine Jurista Mesceda and the late James J. Mesceda.

Mr. Mesceda served his country in the United States Army and was honorably discharged in 1960. He had worked as a bus driver for Christina’s School District in Delaware where the children lovingly referred to him as Mr. Jim. Prior to this James had lived in Alaska where he was a manager of Bekins. James was a member of the Scottish Terrier Club of America and was an advocate for animal rescue.

In addition to his mother Josephine, James is survived by his loving wife Angela at home; his children, James and Peter Mesceda of Seattle, Kim LaVigna, Kevin Mesceda, Karen Primera and Susan Miller all of Alaska; his step children, Christopher Smith, Maria DeRose and Donald DeSimone; his sisters, Madeline Ray of South Carolina and Jeanette Bazinet of Kerhonkson and 19 grandchildren and 5 great-grandchildren.

Besides his father, James was predeceased by his brother Donald Mesceda.

His family will be receiving friends on Wednesday, March 6th from 2-5pm at H.B. Humiston Funeral Home, 30 42nd St., Kerhonkson with a celebration of his life beginning at 4:30. Cremation will be private.

To plant memorial trees or send flowers to the family in memory of James Mesceda, please visit our flower store.

I've missed Jim dearly ever since he left Alaska. He was a mentor to me, and a great friend. I'll never forget the good times we had, nor will I ever forget what a fine man he was. My condolences to the family. Love ya Jim.

Angela, We send our love and deepest sympathy to you and your family.  He was such a warm and loving man.  He will be missed.  Love, Maggi & Joe

So very sorry to hear of your loss.  My prayers are with you at this time of sadness.

Friends and Family uploaded 1 to the gallery. 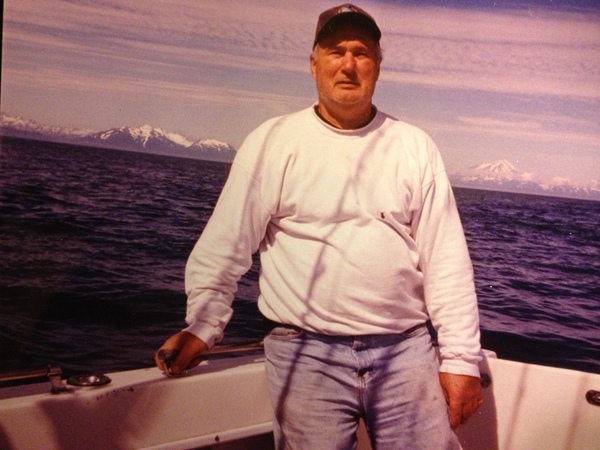