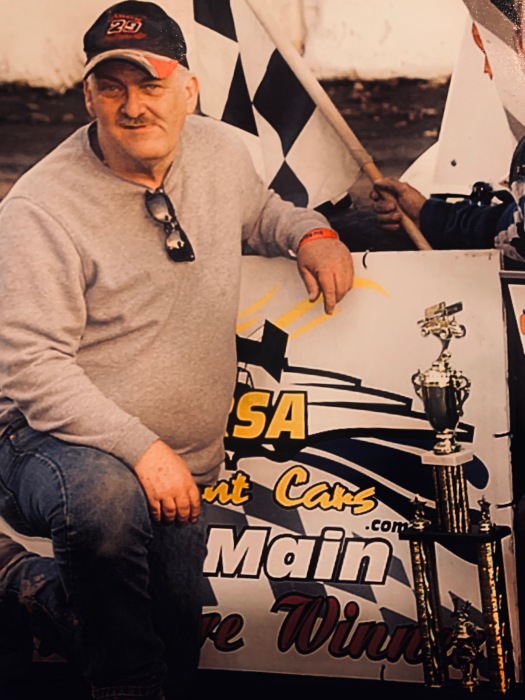 Jerry was the most loving, caring, biggest hearted, would talk to anyone and help anyone kind of guy. He was a lifelong resident of Kerhonkson, and a friend to many. Jerry worked for VAW in Ellenville and retired when it closed. He had many disabilities that never stopped him. No matter how he felt he would say ‘I’m good’ even if he wasn’t. He loved his trucks. His truck was always spotless inside and out he would spend hours cleaning it on weekends and every morning before his errands. Jerry could always be found visited with people at Stewart’s and would go to McDonald’s at night. He loved racing. He was a staple at the Accord Speedway and new tons of drivers. He was known as a driver that would put the car anywhere there was a hole even if it wouldn’t fit. He loved watching his nephew Jeremy race and supported him through the good and bad. He will be missed by all who knew him.

Jerry is survived by his mother, Augusta and also surviving is his brother Gary Quick, his sister-in-law, Dolores Marie Coddington, and his nieces and nephews; Jeremy (Connie) Quick, Garrett Quick and Monica Gambino. His great nieces and nephews; Makalah, Isabella, Gage, Johnny and Alivia. Many cousins and his lifelong friend John Lyons. Besides his father, Jerry was predeceased by his brother, Herman.

To order memorial trees or send flowers to the family in memory of Jerry S. Quick, Jr., please visit our flower store.