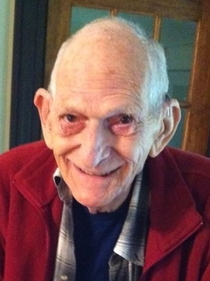 Jesse Nadoolman of Kerhonkson, NY and a former resident of Bellerose, NY, passed away on May 16, 2014 at his home. He was 89 years old.

Jesse was born July 5, 1924 in Brooklyn, NY and raised in South Fallsburg. He was the son of Jacob and Sarah (Siegel) Nadoolman.

Jesse served his country in the United States Navy during the Korean War as a Pharmacist Assistant. He graduated from the Brooklyn College of Pharmacy. He worked for the Pathmark Corporation as a Pharmacist for many years before his retirement. He was a devoted Mets and Rangers Fan. He loved the beauty of the Hudson Valley and enjoyed bird watching. Jesse loved his daughters and enjoyed flying kites and riding bikes with them. He was very intelligent and funny. He enjoyed classical music and read science fiction. He read the Scientific American Magazine from cover to cover. Jesse spent his last years with his dogs, Meko, Lola, Daisy & especially Miss Monkee.

Interment of his ashes will be held on Sunday, May 25, 2014 at 1pm at New Paltz Rural Cemetery, New Paltz, NY.

To order memorial trees or send flowers to the family in memory of Jesse Nadoolman, please visit our flower store.