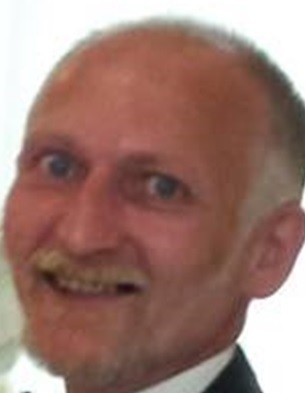 John was born on June 11, 1966 in Leeds, West Yorkshire, England to John Roy Clark and Margaret Booth Clark.  He graduated from the University of Bedfordshire (formerly Luton)in London with a Bachelor of Science degree in Geology and Analytical Chemistry.  John studied for his MA and lectured as a professor of Geology at The University of Leeds, after which he worked independently, testing water quality for commercial development projects across England.  He dedicated his life to the nonprofit sector, as well,and building community was his true passion.

InJuly 2013, John proposed to the love of his life, Kathy “Kat” Gardner, in her hometown of Saugerties using the quote, “I ask you to pass through life at my side—to be my second self, and best earthly companion,” from Kathy’s favorite novel, Jane Eyre.  The author, Charlotte Bronte, was from John’s home county of Yorkshire in England.  In December 2013, John moved permanently“across the pond”to New York state to be with Kathy, a former Bronx high school English teacher.  They began their journey together in Kathy’s home county of Ulster, and married at Praise Dominion FWC in Ellenville on August 29, 2015.

John cared deeply for the disadvantaged and the less fortunate.  He planned, cultivated, and harvested community gardens in Ellenville, which ultimately led him to be appointed by Mayor Jeff Kaplan as Ellenville Farmers’ Market Manager in 2016.  John took great pride in this role, and he and Kathy loved providing fresh, quality produce to the community at prices which were affordable to all.  He also petitioned the state to allow the market to accept FMNP and WIC vouchers, and was working on approval for the use of SNAP when he became ill in March of 2018.

John is survived by his wife, Kathy; his family in Leeds, West Yorkshire, England:  His parents, Roy and Margaret Clark; his sister and brother-in-law, Jane Clark Young and Ian Young, andhis nephews.

John’s kindness, love of nature and animals, competitive spirit (he played table tennis on a national English circuit), and zest for English football (he was a dedicated Leeds United fan) will be terribly missed by all those who knew him.

An informal “Celebration” of John’s life will be held at the Hunt Memorial Building, 108 Canal Street(Liberty Square) in Ellenville on Saturday, August 11th, from 2pm-4pm.In lieu of flowers, cards, or other expressions of condolence, please donate to www.gofundme.com/john-clark-burial-expense-fund to help John’s family coverburial expenses.  A special thank you to our dear family friend Dawne James-Forrester.

To order memorial trees or send flowers to the family in memory of John Paul Clark, please visit our flower store.