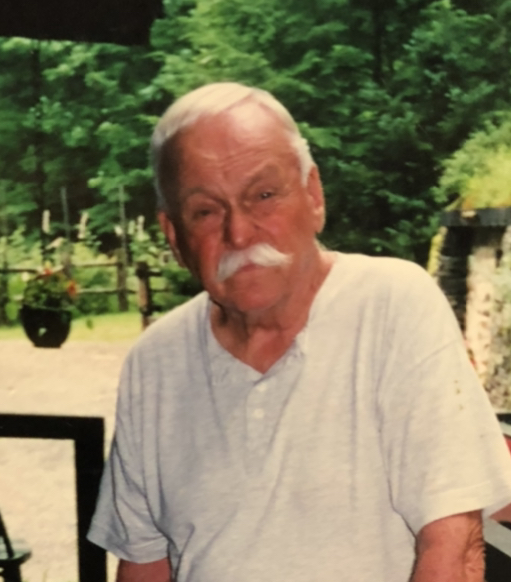 Joseph Saveskie, “Bill”, to those who knew him, passed away on May 6, 2020. He was 91 years old and lived a full life filled with challenges, struggles and joy. He was born on August, 23, 1928 in Kingston. He was the fourth born child of the late Nicholas and Johanna (Stary) Saveskie. He had two older sisters, Stephanie and Oksana (both deceased), and an older brother Peter (also deceased). Mr. Saveskie spent his childhood years growing up in Wilbur. And was a graduate of Kingston High School.

After serving his country as a marine, Mr. Saveskie began work at Central Hudson Gas and Electric Corp. He worked there for 40 years providing essential services to many communities while building lifelong friendships. During this time he helped raise three children, built the house that he would live in and lent his hand to anyone who needed it. He retired in 1988.

Mr. Saveskie was a member of Saint Michael’s Ukrainian Orthodox Church where he served as a treasurer. He was also a member of The American Legion (Post 1627 in Olive), The North East Blacksmiths Assoc., The American Red Cross and The Ulster County Trappers Assoc. He coached youth soccer, built and fixed stone walls and helped his neighbors any way he could.

When he was not working, Mr. Saveskie could be found tending his vegetable garden or in the woods. There wasn’t a mountain, stream, river or lake in the region that he didn’t know like the back of his hand. To say that he was an avid hunter and fisherman would be an understatement. He provided game to feed his family and always had extra to share with others.

Surviving are his wife of 56 years, Leopolda “Lola”, his eldest son, John (wife-Kathleen), his daughter, Stephanie (Robert) and his youngest son, Peter (wife-Christina). Mr. Saveskie also leaves behind three grandchildren, Johanna, Nicholas and Olivia. Someone once said, when referring to the people who live their lives in the Catskills, “You are born under the mountain and you die under the mountain”. This saying rings true for Bill. He lived his life at the foot of his mountain. It was a good life. A full life. He touched many lives and we will miss him dearly.

A graveside committal service will be held on Friday, May 15th 11am at Krumville Cemetery with the V. Rev. Wolodymyr Paszko officiating.

In lieu of flowers contributions can be made in memory of Bill to the St. Michael’s Ukrainian Orthodox Church, 59 Partition St., Hudson, NY 12534.

To order memorial trees or send flowers to the family in memory of Joseph W. Saveskie, please visit our flower store.