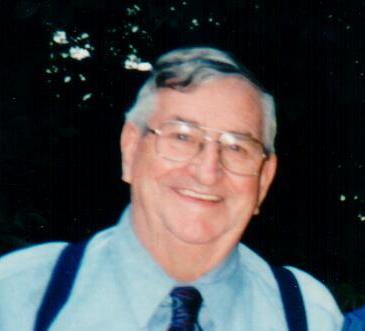 Mr. Haener graduated from the Ellenville School District in 1943. He served in the United States Army during WWII and was stationed in Japan. Following his honorable discharge, Julius married Jean Marie (Christiana) Haener on June 5, 1949 in Kripplebush, NY. They were married for almost 57 years until her death in 2006.  Julius had retired after 37 years as a USPS letter carrier and member of the NALC. He also worked for Bury Funeral Home for several years and Ellenville Vending for 20 years.

In addition to his wife, Julius was predeceased by his daughter Judy Lynn Lamaestra, his sisters Ann Collier, Eleanor Hull, Alice Whipple and Viola Haener and his brother Robert Haener.

He is survived by his daughters, Nancy Jean Wood, and Joy Davis McAllister and companion Marianne Pisarski; his son-in-law Pat Lamaestra and his wife Debbie; his grandchildren, who knew him as “Poppy” : Seth Wood and his wife Kristy, Eric Wood and his fiancee Lynden Cook, Amber Wood Beckley and her husband Steven, Donna Lamaestra Charles and her husband Jon, and Katie Lamaestra; great grandchildren Lilyana Kolody, Conner Beckley, Emma Beckley and Emilyn Charles; his brother Albert Haener and his wife Joyce, and many nieces and nephews, including godson Matthew Sutton, and especially “the boys” Carl and Hank Miller.

To order memorial trees or send flowers to the family in memory of Julius Haener Jr., please visit our flower store.