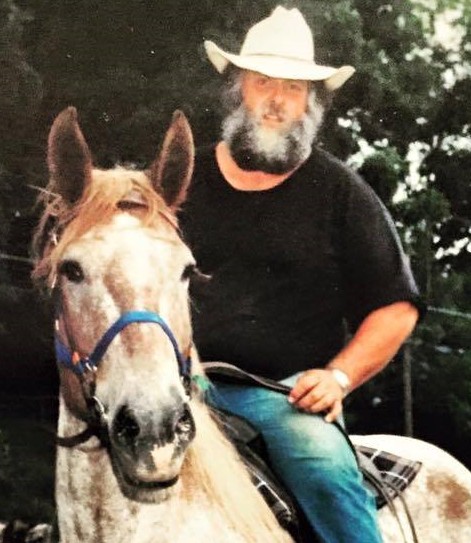 Kerhonkson - Larry "Mountain Man" Thiel died Saturday, March 23, 2019 peacefully at home. Larry was born May 7, 1948, in Saddle River, New Jersey, to Naomi and Charles Garrison, and was the adopted son of Ruth and William Thiel of Nanuet and Kerhonkson, New York.

Larry was a graduate of Nanuet High School, and served in the United States Navy, as a Boatswain's Mate 3rd class on the U.S.S Helen Higbee during the Vietnam Conflict from 1966-1972.

A mountain of a man, Larry had many trades. He worked at The Red & Tan bus lines as a Bus Mechanic, Then at the Pine Grove Dude Ranch for over 30 years until his retirement. A former member of the Rochester 2 Fire Company. Larry enjoyed hunting and fishing and having good times with friends.

Larry was predeceased by both his birth and adoptive parents, brothers Allen Garrison, Ralph Garrison, brother in law James Wakley, and his sister Judith Upwright.

Larry requested cremation without services, but a gathering of family and friends at the Rochester 2 Firehouse, 922 Samsonville Road, Kerhonkson, New York on  April 13, 2019 between 1 pm - 4 pm.

In lieu of flowers, memorial contributions in Larry's name can be sent to 'The Disabled American Veterans Charitable Service Trust' ( https://www.dav.org/).

To order memorial trees or send flowers to the family in memory of Lawrence Allen Thiel, please visit our flower store.