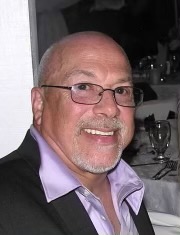 Louis met the love of his life, Pamela Murphy, and they married on August 17, 1968 and settled in Accord for the remainder of his life. Louis deeply valued family and tradition. His wife and daughters were everything to him and later in life nothing was more important than his grandchildren.

Louis served his country in the US Navy during Vietnam. After his service he used his skills as a master welder and was called to work various projects where he was needed. He was a member of the VFW and the Masons and Louis was a strong advocate for any veteran in need of help.

Louis is survived by his loving wife of 53 years, Pamela. His two daughters, Tanya Cutaia of Accord, NY and Luann Bieronski of Ft. Montgomery, NY; his grandchildren, Gwen, Grace and Chloe Cutaia; and his buddy Maxwell Bieronski.

Besides his parents, Louis was predeceased by his sister, Kathy Bieronski.

Visiting hours will be held on Thursday, April 29, 2021 from 5-9pm at Humiston Funeral Home, Kerhonkson. The funeral services will be Friday the 30th at 10am at Our Lady of Lourdes Catholic Church, Kerhonkson.

Memorial contributions may be made in Louis’ name to St. Jude Children’s Research Hospital and/or to the Veterans of Foreign Wars.

To order memorial trees or send flowers to the family in memory of Louis J. Bieronski, please visit our flower store.