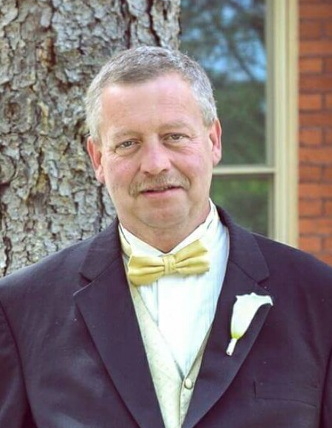 Mark Wayne Ashby Sr., of Accord, NY, passed away unexpectedly on Wednesday, January 11, 2017. He was 51 years old. Mark was born on September 15, 1965 in West Virginia; he was the son of the late Philip and Alice (Miller) Ashby.

Mark had worked for Pawling Engineer Products in Pawling, NY for 33 years as a production worker and later as a maintenance man. He was a hardworking man who enjoyed joking around with everyone, camping with his family and spending time with his 8 grandchildren; Ashley, DJ, Madison, Mason, Patricia, Paige, Bella and Ryan. Mark was a handyman who loved to tinker and fix things. He also loved to gamble at the casinos. Mark was a loving husband, father, poppy, brother and friend to many. If you had the privilege of knowing Mark you would have known his two favorite words were

In addition to his parents, Mark was predeceased by his step father Richard O’Dell, his sister Donna Miettinen and his niece Tina Ashby.

Mark is survived by his wife Kathy Ashby whom he married on May 26, 1984, his three children Mark Ashby Jr. and his fiancé Nikia Lane, Daniel Ashby and his fiancé Donna Jean Probst and Connie VanWagenen and her husband Patrick; his sisters, Debbie Ruby (John) and Gloria Williams; his brothers, Philip Ashby Sr. (Katherine), Dale Ashby (Debbie) and Richard “Ritt” Ashby (Genn) as well as his eight grandchildren and several nieces and nephews.

A graveside service will be held on Saturday, January 28, 2017 12pm at Raymond Hill Cemetery, Carmel, NY.

To order memorial trees or send flowers to the family in memory of Mark Wayne Ashby, Sr., please visit our flower store.