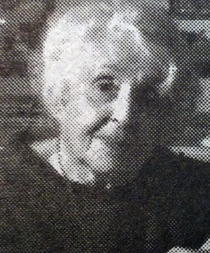 Nadia Shepard of Ellenville passed away in late April at the age of 104. Along with her late husband, Max, she was a great supporter of performing arts programs at SUNY New Paltz and elsewhere around the region after coming to Ellenville in the 1960s when Max was recruited to work for Channel Master. Shepard was born Nadia Linden on February 3, 1910 and passed away on April 28 of this year. As a Juilliard-trained musician, Nadia taught piano for more than six decades and concluded her lessons only last year. She worked tirelessly to bring music into people's lives and better serve her community. She was the first woman to join the Board of Trustees of the Ellenville Library, where she would often hold concerts, and was later on the board for Music in the Mountains, the predecessor of SUNY New Paltz's widely successful PianoSummer Institute/Festival, where she and her husband developed a close friendship with the noted pianist Vladimir Feltsman, Artistic Director for PianoSummer. A 125-seat recital hall is named in Nadia and Max's honor, in College Hall at the New Paltz campus. Feltsman will perform a solo recital in McKenna Theatre in July during the 20th anniversary of the PianoSummer Institute. He will dedicate his performance in Nadia's memory.

To order memorial trees or send flowers to the family in memory of Nadia Shepard, please visit our flower store.