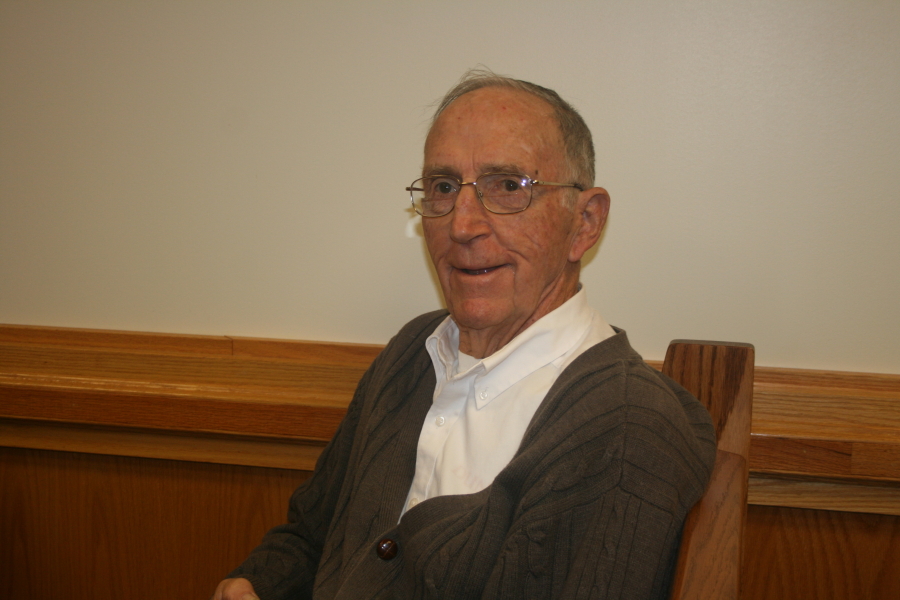 Philip Davis, 91, formerly of Arrowhead Farm, Kerhonkson, New York, died peacefully at the home of his daughter and son-in-law, Margaret and Andy Smith, in Maryville, Tennessee on October 14, 2016.  Phil was born on October 13, 1925 in Ellenville, New York to the late Millard H. and Roswitha (Kudlich) Davis of Kerhonkson, NY.  He attended a one-room schoolhouse and graduated from Kerhonkson High School, class of 1943.  After high school he joined the army, serving honorably, and then entered Cornell University on the GI bill.

At Cornell, Phil joined the agricultural fraternity AGR where he found and maintained life long friendships.  “It was one of the best decisions of my life,” he said.  His senior year at Cornell allowed him the opportunity to make another “best decision of my life” when he met his future wife, Mary Helen Pelton, whom he married in February 1953.  They enjoyed 33 years of marriage until her death in 1986.

After graduating from Cornell, Phil went back to his father’s farm, working and improving the land and herd of Holstein cows.  Phil loved the land, loved his farm and loved working hard.  He also volunteered in numerous arenas, including the Town of Rochester Republican Club, Ulster County Cooperative Extension, Ulster County Farm Bureau, Accord Farmers Co-op, US Holstein Association, New York DHIA and Dairylea.  He was on the board of directors of the Eastern Breeders and a charter member of the Accord Fire Department.  For most of the 1970’s he served as an Ulster County Legislator.  He was a member of the Rochester Reformed Church in Accord, NY and then the Community Bible Church in Wawarsing, NY.  Later, after he moved to Maryville, TN, he was a member of Grace Community Church.

In his retirement years he did not retire.  In Maryville, he volunteered at the Chilhowee Baptist Center, delivered meals-on-wheels, and every spring drove  back to the farm to put in the garden.  He traveled extensively throughout the United States visiting with family and friends.  He never met a stranger and maintained his friendships faithfully.  Phil earnestly shared his faith in Jesus Christ with all.  When he was 83 he traveled to Papua, New Guinea to minister along with the New Tribes Mission.  Then, when he was 88, he went on a medical mission trip to Nigeria.  In 2014, Phil fulfilled his dream of writing the memoirs of his father, Millard Davis.  Phil loved the outdoors – hiking, fishing, body-surfing and camping.

Visiting hours will be at Humiston Funeral Home, Kerhonkson, NY, from 7-9p.m. on Friday, October 21.  Family and friends will gather for a graveside service held at Pine Bush Cemetery near the family farm at 2p.m. on Saturday, October 22 followed by a memorial service at Community Bible Church, Wawarsing, NY at 4p.m.  A reception will be held at the home of Peter Davis, Arrowhead Farm, immediately following the memorial service.

In lieu of flowers, donations may be made to Community Bible Church, Wawarsing, NY, Grace Community Church, Maryville, TN or World Orphans (https://worldorphans.kindful.com/in-memory/memorial-donation-margaret-smith

To order memorial trees or send flowers to the family in memory of Philip H. Davis, please visit our flower store.