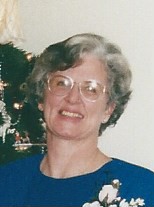 Rachel Ruth Slinsky went to the Kingdom of Heaven on Thursday, January 26th surrounded by her loving husband of 52 years, Charles Slinsky, children, grandchildren, family, and friends.  A lifelong resident of Ellenville and Samsonville she was the daughter of James Burggraf and Loretta Young-Wynkoop.  She graduated from Ellenville High School and worked as a bookkeeper at Ellenville Lumber Company before dedicating herself fulltime to her rambunctious children: Dawn, Debbie, Dusty, Dani, and Jimmy as well as generations of Irish Setters.

Known to her Charlie as Rae, she was born July 8, 1946 in Ellenville, NY.  She grew up with a love of horses, dogs and gardening. She met Charlie when she was 16 at the bowling alley where the Fireman’s League bowled on Saturday nights.  She thought it must have been fate since her beloved palomino was also named Charlie.  Soon Charlie was calling “134,” her telephone number back then, nearly every day.  “134” is a number that he still wears on a pin on his cap.  Charlie and Rachel were married August 15, 1966 at The Church of Saint Mary and Saint Andrew in Ellenville.

Making their home in an Ellenville apartment near the old Medical Center on Center Street and then in their fixer-upper on Nevins Street, they found joy in filling it with children, friends and dogs.  Supporting Charlie’s career as a police officer, the family threw themselves into Ellenville’s youth programs.  For many years, Rachel sewed doll clothes, fixed toys and ensured puzzles had all their pieces before re-distributing them for the Christmas Toy Drive they ran.   She instilled a love of Christmas, homemade crafts, gardening, dogs, nature, and family in her children while ushering them toward adulthood.  She has continued to guide them as they each had families of their own.  It was the joy and thoughtfulness she brought to their lives that will be missed the most.

As Charlie retired and the children moved out, the couple and their Irish Setters moved to Rachel’s childhood home in Samsonville.  They converted the barn into an antique shop and opened “Red Dog Antiques.”  There really was no other name for it.  They went “antiquing” all over the northeast with favorite spots in the Amish Country of Pennsylvania and Maine.  They built her gardens, with the backdrop of the waterfalls, to surpass the ones pictured in Better Homes and Gardens and created Christmas light displays that people drove for miles to see. They made their home a perfect place for family gatherings.

Rachel is survived by her husband, Charles, their five children and their families:  Dawn Brown and her husband Terry of Kerhonkson, Deborah Karagosian and her husband John, of Evans, Georgia, Dusty Meoli and her husband Anthony of Accord, Danielle Slinsky and her wife Heidi of Port Ewen, James Slinsky and his wife Sarah of Accord, and her wonderful Irish Setter, Penny Too also known as “Little One,” at home.  She was predeceased by her parents and sister, Elizabeth Herman.  Her brother Richard Burggraf and his wife Natalie of Big Fork, Montana, twelve grandchildren, several nieces, nephews, great nieces and great nephews also survive her.

In lieu of flowers, donations can be made to the Ulster County Deputy Sheriff’s PBA K9 fund, 380 Boulevard, Kingston, NY 12401 or the American Cancer Society.

Rachel’s life will be celebrated in a Christian service at Humiston Funeral Home, 30 42nd St in Kerhonkson on Friday, February 3 from 4 to 6 PM with a reception at the Kerhonkson Fire House afterward.  She will be laid to rest at her favorite place in Samsonville.

To order memorial trees or send flowers to the family in memory of Rachel Ruth Slinsky, please visit our flower store.