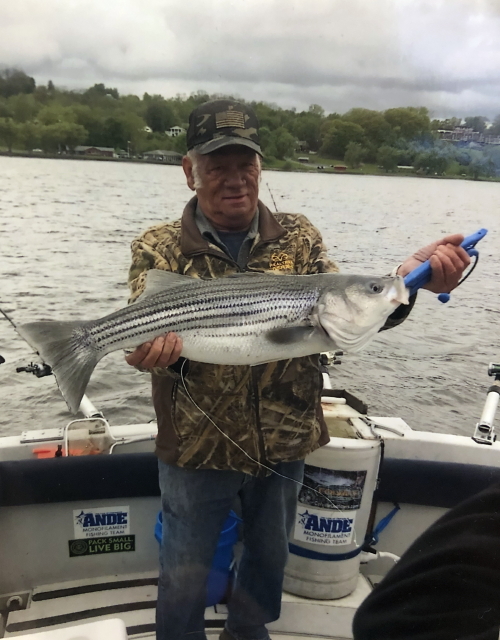 Ralph Franklin Temple Jr. passed away peacefully on December 8, 2019 with his family by his side. He was born October 4, 1943 in Kingston NY to Ralph Sr. and Hannah (Smith) Temple.

Survived by a sister Shirley (Lee) Eaton, two daughters; Sherry Dunham and Wanda (Lyle) Roebuck. Three grand grandchildren; Karissa (Dave) Schultz, James (Samantha) Roebuck, and Rebecca-Lynn Dunham. Three great grandchildren; Parker and Noelle Schultz and Warren Ralph Roebuck. His partner Carol Pugliese. Seven nephews and six nieces. He is predeceased by his parents, and three brothers; Gene, Ronald and Stanley. Ralph also leaves behind many close friends who were by his side through his illness.

Ralph attended New Paltz High School. An avid outdoorsmen, Ralph loved hunting and fishing and tending to his beloved goats. Ralph enjoyed woodworking and spending time with family and friends. Ralph raced cars at the Accord Speedway when he was younger and hit the first home run in the Rondout Valley Little League, and in doing so had the baseball entered into the Cooperstown Baseball Hall of Fame. He was Past Fire Chief of Cottekill Fire Department having the position for eight years. Ralph retired from Charles Merritt Construction after working as a Heavy Equipment Operator for over 50 years. And he previously owned and operated the Temple Well Drilling Company.

Ralph was a dependable, loving friend and father, always lending a helping hand to those in need. He will be deeply missed.

Cremation will be private and at the discretion of his family.

The family would like to thank the staff at Vassar Brothers Hospital and Ellenville Regional Hospital for the excellent care and compassion they gave to Ralph during his time of need.

Donations in Ralph’s name may be made to the Catskill Animal Sanctuary.

To order memorial trees or send flowers to the family in memory of Ralph Franklin Temple, Jr., please visit our flower store.