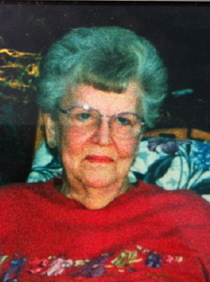 Shirley (Denman) Deyo, a life long resident of the area, died Monday August 25, 2014 at Vassar Hospital, Poughkeepsie, NY. She was the daughter of Jennie (Mitchell) Denman, born on October 15, 1933 in Summitville, NY. She was predeceased by her husband, Edward “Bucky” Deyo, her mother and her sister Jean Coddington.

In her early days, she worked as a receptionist, Medical Billing Specialist, for the Ellenville Medical Group. Shirley along with her husband Bucky, were the owners of the Indian Valley Inn in Kerhonkson and E. Deyo Lumber in Pataukunk and several rental properties. Shirley also worked as the Home Relief Officer for the Town of Rochester. Shirley was also involved in local politics and for years was a town of Rochester democratic committee person.

She will be missed by all including her great grandchildren, Brandon, Alexis and Christian LaCroix, Kayla Deyo, Jonathan, Joey, and Julia Deyo, and Hadley Walsh. Along with several cousins, nieces, nephews and her care giver Khadija Johnson.

Shirley was never afraid to tell people what she thought and was passionate about whatever she was involved in. You always knew where you stood with her. We will miss her strength and determination. She loved her family dearly and will be greatly missed by all of us.

Visiting will be held on Thursday, August 28th from 2-4 & 7-9pm at H.B. Humiston Funeral Home, 30 42nd St., Kerhonkson. A celebration of Shirley’s life will be on Friday the 29th at 11am also at the funeral home. Burial will follow at Fantinekill Cemetery, Ellenville.

To order memorial trees or send flowers to the family in memory of Shirley Deyo, please visit our flower store.