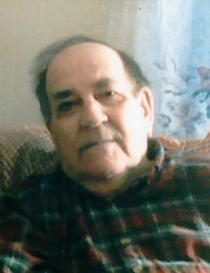 Simon Hornbeck, a life long resident of the area passed away on Friday, August 1, 2014 at his home surrounded by his family. He was 87 years old. Simon was born on January 3, 1927 in Kripplebush, NY; the son of Jacob and Fanny (Simmons) Hornbeck.

Simon had served his country in the United States Army during World War II. He worked for the Town of Rochester for many years. On December 16, 1951 he had married the former Patricia Williams in Alligerville.

Simon was pre-deceased by his son Jake Hornbeck and his daughter Mildred Robinson.

Visiting will be held on Thursday, August 7th from 10-12pm at H.B. Humiston Funeral Home, 30 42nd St., Kerhonkson with a celebration of his life beginning at 12pm at the funeral home. Burial will follow at Whitfield Cemetery.

To order memorial trees or send flowers to the family in memory of Simon Hornbeck, please visit our flower store.