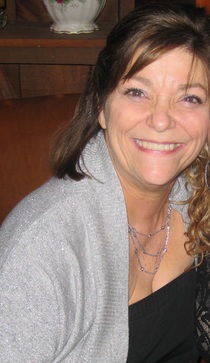 Stephanie Ann Berwecky of Kerhonkson, NY, passed away Saturday, March 1, 2014. She was 60 years old. Stephanie was born on November 2, 1953 in Greenville, SC; she was the daughter of Francis Ignatius and Ada Mae (Bergling) Tennyson III.

Stephanie had married Kenneth Steven Berwecky in Colorado and together became area residents for over twenty years. You may know Stephanie best from her working with Dr. William Redding’s dentist office in Kerhonkson where she was the office manager for almost twenty years. She will be deeply missed by all who knew her.

Visiting will be held Thursday, March 6th from 1-3 & 6-8pm at H.B. Humiston Funeral Home, Kerhonkson. A celebration of life service will begin on Friday at 10am at the funeral home. Burial will follow at New Paltz Rural Cemetery, New Paltz.

In lieu of flowers, donations may be sent to the Ronald McDonald House Charities of Albany, 139 S. Lake Ave., Albany, NY 12208.

To order memorial trees or send flowers to the family in memory of Stephanie Ann Berwecky, please visit our flower store.