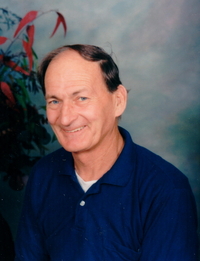 Stephen Wayne Lincoln of Accord, NY passed away at his home with his wife by his side on Saturday, August 3, 2013. He was 72 years old. Stephen was born on April 19, 1941 in Millbridge, ME; he was the son of Stephen and Lorraine (Gardner) Lincoln.

On January 20, 1962 Stephen had married Barbara Mingo in Perry, Maine. Together they have lived in Accord for the past 42 years. Stephen was proud to have served in the Army National Guard. He was the owner/operator the Ulster County Earthmovers Maintenance Corporation and member of the Union of Operating Engineers. He enjoyed woodworking, gardening, ultralight airplanes, beekeeping and tending to his chickens. Above all he was a family man and will be deeply missed.

Stephen was predeceased by his granddaughter Jodi Gerow and his brother Glenn Lincoln.

Stephen’s family will be celebrating his life on Saturday, August 10, 2013 from 2-6pm at their home, 39 Cathy Jo Place, Accord, and invite family and friends to attend.

In lieu of flowers contributions may be made in Stephen’s name to the Rochester Food Pantry, PO Box 12, Accord, NY 12404 and/or St. Jude Children’s Research Hospital, 501 St. Jude Place, Memphis, TN 38105.

To order memorial trees or send flowers to the family in memory of Stephen Wayne Lincoln, please visit our flower store.