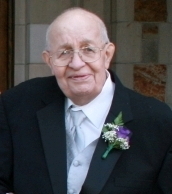 Mr. Rine served his country with the United States Marine Corp. He had worked at Channel Master from 1963 until its closing. Most recently he retired from the New York State Thruway Authority as a toll collector. In addition to this, he owned Bill’s Garbage Removal in Napanoch. Bill was a member of the Napanoch Fire Department. He enjoyed hunting, fishing, playing golf and was an avid NASCAR and Yankees fan.

On July 18, 1962 Bill married Joan Grunski Rine in Maryland . In addition to his wife at home, Bill is survived by their children, Anna Rine of Napanoch, NY; William Rine III of Mount Plymouth, FL and Kimberly Ingraham and her husband Eric of Poughkeepsie, NY; his grandson Alexander Rine, of Saugerties, NY; his brothers, Marlin Rine and his wife Diane of Oneida, NY, Earl Rine and his wife Janice of Honesdale, PA, Howard Rine of Rome, NY and James Rine of Sherrill, NY;, sister-in-law, Marianne Pribula and her husband Jim, and brother-in-law, William Grunski, of, PA. Also surviving are several nieces, nephews and cousins.

Mr. Rine was recently predeceased by his son Brian and his brothers, Robert and Larry.

In lieu of flowers contributions may be made in William’s name payable to the Alexander Rine Fund c/o the Malden West-Camp Fire Co., P.O. Box 173, Malden , NY 12453 .

To order memorial trees or send flowers to the family in memory of William H. Rine, Jr., please visit our flower store.