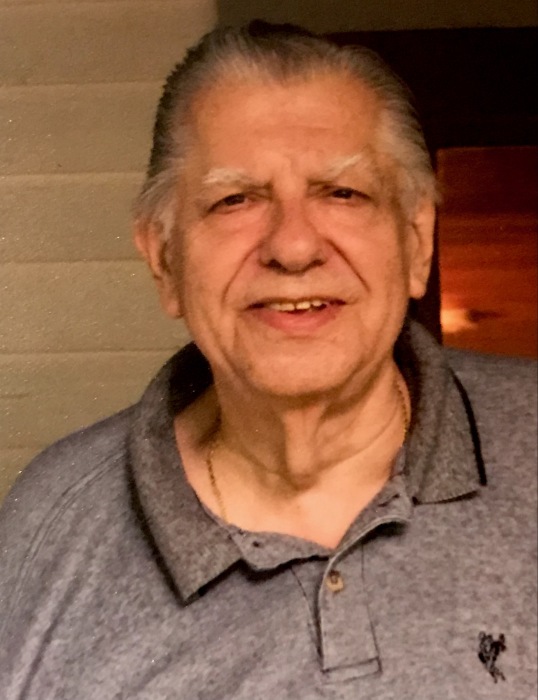 Zen Sawchuk of Kerhonkson, NY, passed away peacefully at his home on Tuesday, May 4, 2021, surrounded by his loving family. He was 95 years old.

Zen was born on September 17, 1925 in Tseniv, Ternopil Oblast, Ukraine; he was the son of Petro and Karolyna (Budzienowska) Sawczuk. He was educated at the “Gymnaziya” in Berezhany, Ukraine, and served Ukraine’s freedom during World War II prior to becoming a Displaced Person and political refugee in post-war Germany.

He was a talented musician, and prior to immigrating to the United States, Zen played in a USO band in the post war years.

Zen arrived in Boston, Massachusetts on May 5, 1949 and joined his parents in New York City. He worked in the executive kitchen of Guarantee Trust on Wall Street until being drafted into the United States Army in 1951. He proudly served in Korea and the Reserves until 1957 when he was honorably discharged.

After returning to New York, Zen met and married his loving wife, Olga. He worked at JP Morgan until moving to Kerhonkson in 1962 where he and Olga became the proprietors of the Log Cabin Restaurant. Known for his authentic Ukrainian food and friendly demeanor, for 43 years Zen welcomed his customers with a smile.

With his orchestra, Amor, Zen entertained thousands over the years at Ukrainian weddings and zabavas (dances) in the US.

Zen was actively involved in the local Kerhonkson community, both Ukrainian and American. He was a member of Holy Trinity Ukrainian Catholic Church, the Ukrainian National Association, Lions Club, Ukrainian American Veterans (UAV), and the Veterans of Foreign Wars (VFW). He was generous with his time and could always be counted on for a food donation, and was frequently called upon to interpret for the local hospital, police, and court.

Zen loved: jazz; soccer; a bet on Lotto, the trotters and at the casinos; Florida vacations; Cadillacs; both of his countries and spending time with family and friends. He was a great supporter of the Olympics and Special Olympics. Zen was a patriot and man of duty through and through.

Zen was known and adored for his great sense of humor and the way he treated everyone with respect, regardless of background. He was a loving father, grandfather, brother, uncle and godfather.

Visiting hours will be held on Friday, May 7th from 4:30 to 7:00 pm at Humiston Funeral Home, Kerhonkson. The Panakhyda will begin at 6:00 pm that evening. The Divine Liturgy will be celebrated on Saturday, May 8th at 10 am at Holy Trinity Ukrainian Catholic Church, Kerhonkson. Burial at Pine Bush Cemetery, Kerhonkson.

The family extends their heartfelt gratitude to neighbors Valentyna Melnyk and Ruslana Henza, and gratefully acknowledges the extraordinary care that Zen received from the compassionate staff at Hudson Valley Hospice in the last weeks of his life.

Memorial contributions may be made in Zen’s name to Holy Trinity Ukrainian Catholic Church, 211 Foordmore Rd., Kerhonkson, NY 12446 and/or the Special Olympics (https://www.specialolympics.org/).

To order memorial trees or send flowers to the family in memory of Zen Sawchuk, please visit our flower store.